In the 1860’s John Hunter-Duvar lived on his 700 acre estate located on Mill River, Prince Edward Island called Hernewood. Mr. Hunter-Duvar was a farmer and he owned a saw mill however, his primary occupation was a writer. He produced approximately 120 works, in many genres including poetry, short stories, reviews, essays, literary criticism, history and novels. Hernewood  Intermediate School was built back from the river on the estate and continues to carry on John Hunter-Duvar's tradition of welcoming neighbours, from near and far, to come together to learn and grow. 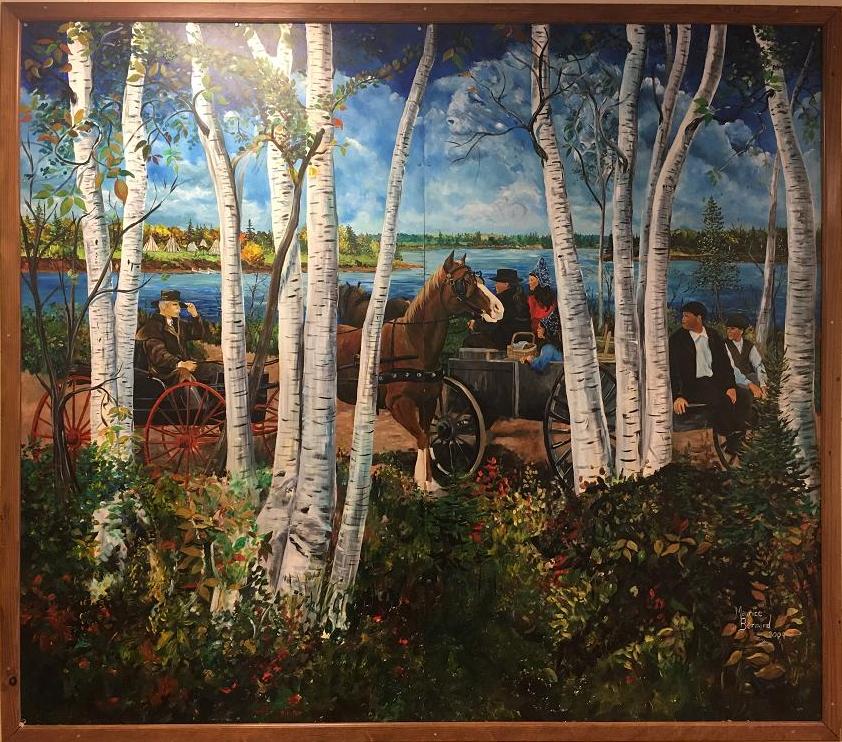 Students and guests are greeted with this painting of John Hunter Duvar welcoming neighbours along the beautiful Mill River.

Can you find the five animals (wolf, bear, eagle, & 2 bison)  hidden in the painting?